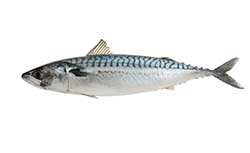 Other languages for Rock lobster

Spiny lobsters lack the huge front claws of American lobsters and are valued for their tail meat, which makes about 33% of their total weight. Spiny lobsters are found in tropical and subtropical seas worldwide. In the United States, they are sold as warmwater or coldwater tails, depending on the region where they were captured. Brazil and the Caribbean are the primary producers of warm­water tails, whereas Australia, New Zealand, and South Africa are the primary suppliers of cold­water tails. Commercially, the Panulirus and Jasus species are the most valuable lobsters. P. argus, a Caribbean lobster, is the primary warmwater tail on the US market, while P. cygnus, an Australian lobster, is the primary coldwater tail. Rock lobsters weigh on average less than 5 pounds; tails weigh between 5 and 22 ounces, with the majority of product being less than 8 ounces. Lobsters are mostly collected using baited traps, although they are also caught using trawls and by divers.

Coldwater tails are juicier and more tender than warmwater tails, and they shrink less during cooking. The flesh from the tail is solid, mild, and delicious. Depending on the animal’s nutrition, raw tail flesh is virtually transparent, with a pink, cream, or whitish-gray color. Tail meat should be firm and pure white, with red tinges but no black patches when cooked. Keep an eye out for overglazing. It’s mostly confined to warmwater tails because coldwater growers often sell their product dry and wrapped in plastic wrap. Spiny lobsters from the Pacific have greenish/orange shells, whereas those from the Atlantic have reddish brown shells. A coldwater lobster’s shell is tougher.

Broil tails with melted butter and lemon wedges, or serve with a steak for a Surf & Turf meal. Baked is also delicious, but be sure to add extra water or wine to the pan to keep it from drying out. Make careful to separate the tails ahead of time if you want to extract the flesh. Cut longitudinally down the underside of the shell with a pair of scissors; otherwise, the meat will be tough to extract.