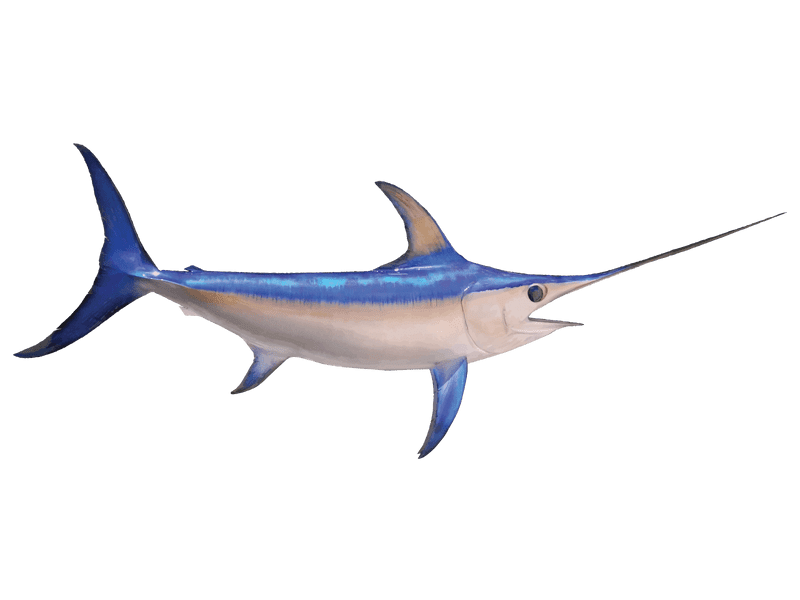 Other languages for Swordfish

Swordfish are classified as a single species, Xiphias gladius. This non-schooling fish is pursued by over 30 countries and is found in temperate and tropical waters worldwide. The International Commission for the Conservation of Atlantic Tunas regulates swordfish harvesting. The United States’ Atlantic fisherman are subject to a rigorously enforced ICCAT quota, although not all ICCAT members adhere to their limits. Swordfish may reach weights of over 1,000 pounds but often weigh between 50 and 200 pounds. The majority are taken with a longline, the remainder using a gillnet, and a very tiny number with a harpoon. The fishing takes place at night (except the harpoon fishery). The longline fleet’s greatest catches occur during the full moon, when evenings are light and swordfish are actively eating. As a result, the greatest catches come during the moon’s last quarter. For gillnet fisheries, the reverse is true. The darker the night, the better (swordfish cannot see the net). Longlined fish are often regarded to be the best. Frozen-at-sea swordfish, dubbed “clipper,” is often a superior product at a lower price point than fresh swordfish, which may be less fresh than FAS.

Swordfish has a juicy, delicious, and somewhat sweet flavor. Steaks have a solid, meaty texture and a relatively high oil level. The hue of the flesh can range from white to ivory to pink to orange. Color does not signify quality, and after cooking, every swordfish turns beige. Swordfish steaks feature a whorling pattern, which should not be mistaken with the more circular flesh pattern of the mako shark. Swordfish has a smooth skin, but mako has a rough skin.

Swordfish may be cooked in any way that works for tuna. While swordfish is typically baked with a slice of lemon, many chefs are cooking it in creative ways, such as swordfish kebabs with dipping sauces. Swordfish is a great marinade for grilled fish. It may also be prepared straight from the freezer. Choose steaks that are at least 1 1/4 inch thick for juicy grilled swordfish. Before and during cooking, baste with olive oil and lemon juice.