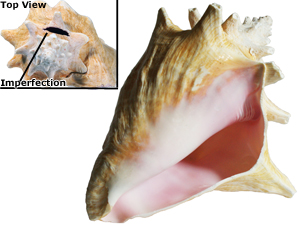 Other languages for Cod; cod or Alaska cod

Cod is a member of the Gadidae family, which also includes haddock, pollock, hake, and hoki. Cod has an unique barbel under its chin and a broom-shaped tail on the opposite end. On both sides of the North Atlantic, Atlantic cod is collected using bottom trawls, gillnets, longlines, and hook and line. Market weights range from 2 1/2 to 10 pounds. Large fish weigh between 10 and 25 pounds; giant cod weigh above 25 pounds. Scrod is a generic word that refers to cod weighing less than 2 1/2 pounds. Pacific fish, the smaller, paler counterpart of Atlantic cod, weighs an average of 5 to 10 pounds. Trawls, longlines, and pots are used to capture it. The Bering and Barents seas, as well as the Gulf of Alaska, are also significant fishing areas. Often, the two cod species are not differentiated in the marketplace and are simply referred to as “cod.” The fish is found in a variety of forms across the world. Salted cod is a common ingredient in dishes across the Mediterranean, Caribbean, and African regions. Canada and Norway are two of the world’s largest producers of salt cod. Norway has also achieved economic success with cod farming.

The silvery subcutaneous layer separates Atlantic fish fillets from Pacific cod fillets. The lean meat has big, soft flakes and a mild, clear taste. It has a softer texture than haddock and a sweeter flavor than Pacific cod. The raw color of Atlantic cod varies from white to reddish. It’s an opaque white when cooked. Pacific fish is opaque and creamy white when raw. Cooked meat has a mild flavor and is white, tender-firm, lean, and flaky. It has a little greater moisture content than Atlantic cod, making it less solid.

Although both Atlantic and Pacific fish yield bigger, thicker fillets, the moisture level of Pacific cod makes breading harder. Cod cooks rapidly and benefits from wet heat because it is very lean. Herbal elements like tarragon, dill, and cilantro shine well against the bland flavor. If you can locate them, cod tongues and cheeks are a delectable delicacy, especially when sautéed.