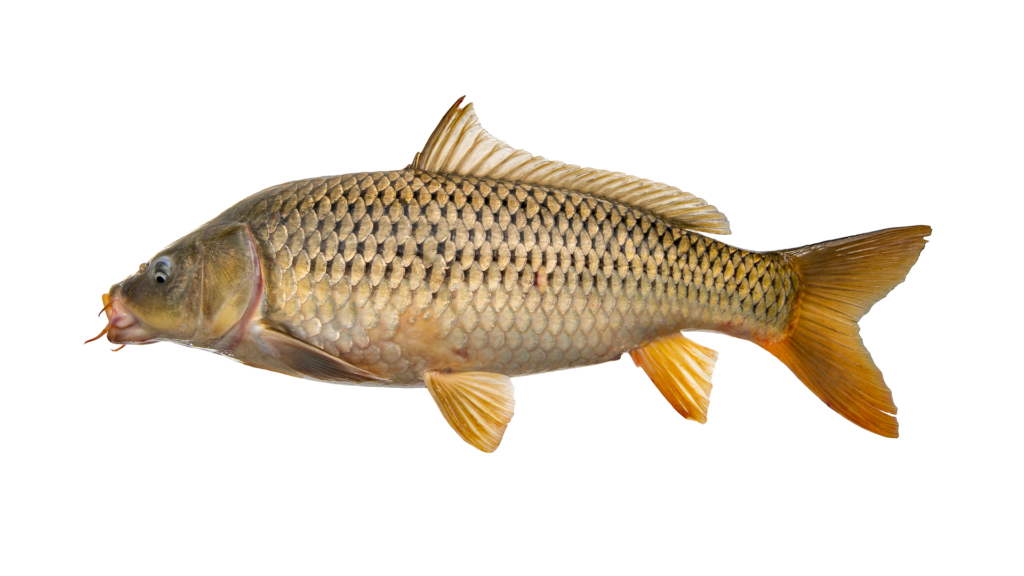 Other languages for Carp

Sustainability is certainly not an issue with the common carp, which is farmed and fished in freshwater worldwide. Native to Asia, the species eventually made its way into Europe and was introduced in the 1800s to the United States, where it’s now considered an invasive species. Processing entrepreneurs in the Midwest are working to expand the market — and fishing effort — for the fish, which is in demand in restaurants and shops in urban Asian communities. The hardy carp was one of the world’s original farmed fish, raised as early as 500 B.C. in China, which still accounts for the lion’s share of farmed production. While not widely consumed in this country, the fish is popular in Asia and Europe, home to many strains of common carps. The main varieties include:Leather carp, which was bred to have no scalesMirror carp, which has scales only near the finsThe fully scaled common carpMarket size for whole carp ranges from 2 to 3 pounds, though they can reach more than 50 pounds.

Carp flesh is white with a thick, fatty black strip running through it. When utilizing fillets, the dark flesh can be removed before cooking to make the end product more appealing. The flesh is substantial and solid, with a mild taste and modest oil content. The flavor of farmed carp is determined by the quality of the water in which they were reared, as it is with other farmed fish.

Carp is historically used to make gefilte fish, in which the numerous bones in the meat are reduced by grinding and extended boiling. If you’re dealing with a full-scaled carp, keep in mind that removing the scales is tough, so do it before buying. Before cooking, the rough skin is frequently removed. Carp is a popular Asian fish. Baked, pickled, smoked, steamed, fried, or used in chowder are all options.